The Emergence of Cryptocurrency 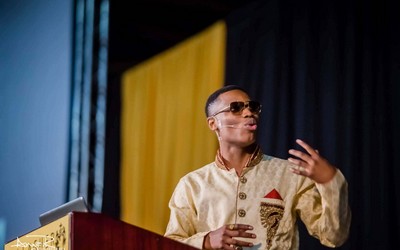 A Cryptocurrency refers to a virtual or digital currency using cryptography (it refers to storing data in the form of cipher text that can be read only by those for whom it is intended) to ensure security. This feature makes it difficult to counterfeit a cryptocurrency. It has an organic nature which distinguishes it from all other conventional currencies. It is not made or controlled by any central institution, thus making it immune to governmental interference and manipulation.

What is its evolutionary story?

Since cryptocurrency is not controlled by any organization, so its transactions are quite anonymous in nature. This makes them the best suited for all types of nefarious activities like tax evasion and money laundering.

Bitcoin was the first form of cryptocurrency to receive the public attention. Bitcoin was launched in 2009 by a software developer known by the name Satoshi Nakamoto. Around 14.6 million bitcoins have been circulated by September 2015 with a total market valuation of $3.4 billion. Bitcoin’s success led the foundation for developing other competing cryptocurrencies such as Africa’s 1st Digital Currency- PipCoin, Namecoin, Litecoin etc.

Advantages and Drawbacks of Cryptocurrency

In a transaction, it is easy to transfer money between 2 parties using cryptocurrencies. These transactions are safer because both private and public keys are used for security reasons. The funds transferred this way include minimum processing fees; most financial institutions and banks charge exorbitant transaction fees for transfer of huge funds which can now be avoided through cryptocurrencies.

Cryptocurrencies work with the same idea as Bitcoin. It uses a block chain for storing an online record of all those transactions that have been carried out using bitcoins. This online ledger is provided with a structured data and its chances of hacking are limited. All those computers using Bitcoin software can have an access to this ledger. According to the experts, the block chain can have several important uses such as crowdfunding and online voting. Further, giant financial institutions like JPMorgan Chase consider cryptocurrencies as having potential in lowering transaction or processing costs by making the payment processing efficient.

Having outlined the advantages of cryptocurrencies, one cannot negate their drawbacks. These currencies are virtual and lack a centrally controlled repository. Hence, if a computer crashes and an alternative backup copy of the transactions has not been maintained then this digital currency balance can get easily wiped out. Also, the exchange rate (the rate at which one currency is transacted for another currency) of cryptocurrencies can fluctuate greatly because their prices are dependent on the demand and supply forces in the market.

Moreover, these currencies are not completely immune to the menace of hacking. As has been witnessed, the short history of Bitcoin has a list of over forty thefts including some in which the value was over $1 million such as Bitcoin Savings and Trust, Silk Road Seizure, MyBitcoin Theft, Bitcoin Exchange Bitfinex etc.

However, many observers are optimistic about the performance of cryptocurrencies. They argue that a currency that facilitates exchange, preserves value and is without any influence of central institutions is a great hope for the future of mankind.

It is a must for people to participate in cryptocurrency just as it is for the ordinary citizen to apply themselves with the necessary knowledge of navigating the internet so understanding digital currency and its purpose is as important. More especially, in this age were we see a rise of tech giants cropping out of every big city.
Visit pipchain.info to learn more about Pipcoin and how it can benefit you in the future, remember – investment is for the future. Do not expect instant rewards!